The AKC Standard describes the Rottweiler as “a calm, confident, and courageous dog with a self-assured aloofness that does not lend itself to immediate and indiscriminate friendships.” Some Rottweilers are serious dogs, while others are happy-go-lucky clowns. But in general, the Rottweiler tends to respond quietly and with a wait-and-see attitude to influences in his environment, like strange sights and sounds.

Rottweilers must be thoroughly socialized at an early age so that their territorial instincts are controlled rather than indiscriminate. They can be aggressive with other dogs of the same sex. And while many Rottweilers live peacefully with the family cat, other individuals are predatory toward cats.

Most Rottweilers are inclined toward dominance and will test for position in the family pecking order. But they will respect an assertive owner who knows how to lead a strong-minded dog. Overall, the Rottweiler is a splendid, capable companion in the right hands. But without ongoing companionship, socialization, obedience training, and supervision, he is “too much dog” for many households. 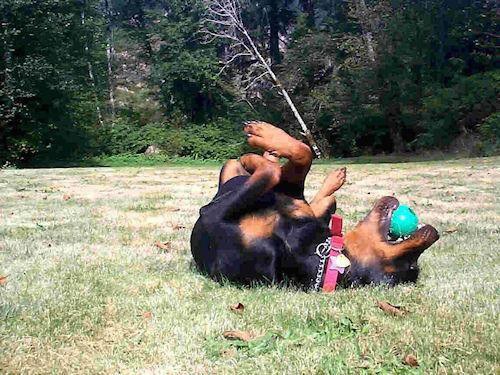 Are you feeling up to a game of fetch? Good! There’s nothing a Rottie loves more than spending quality time playing with its favorite humans. 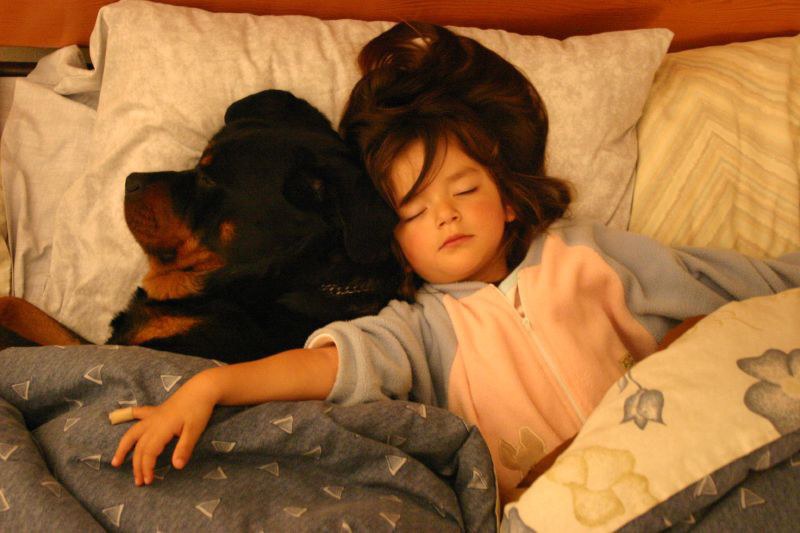 Are you worn out from all that playing? That’s okay. Rottweilers make good snugglers, too. 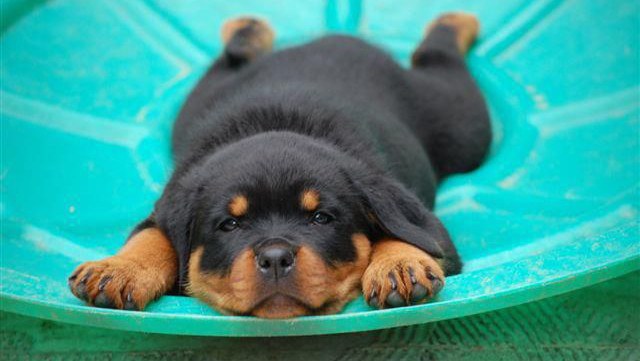 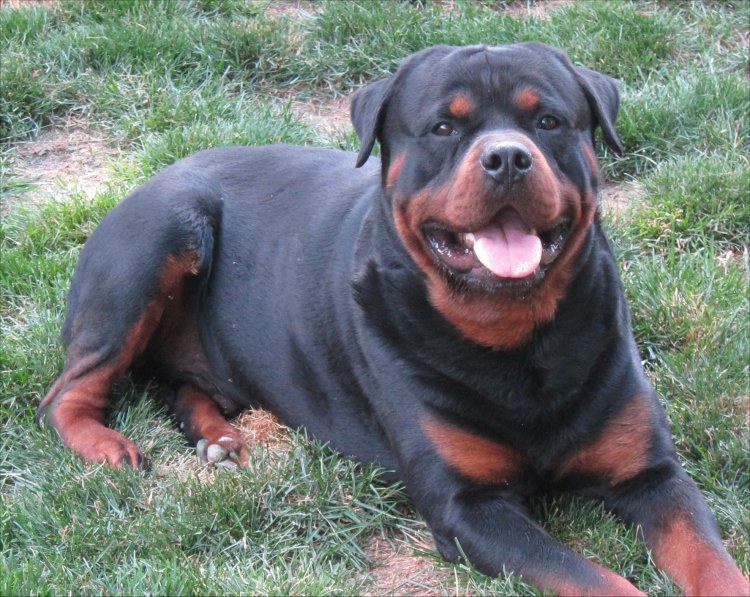 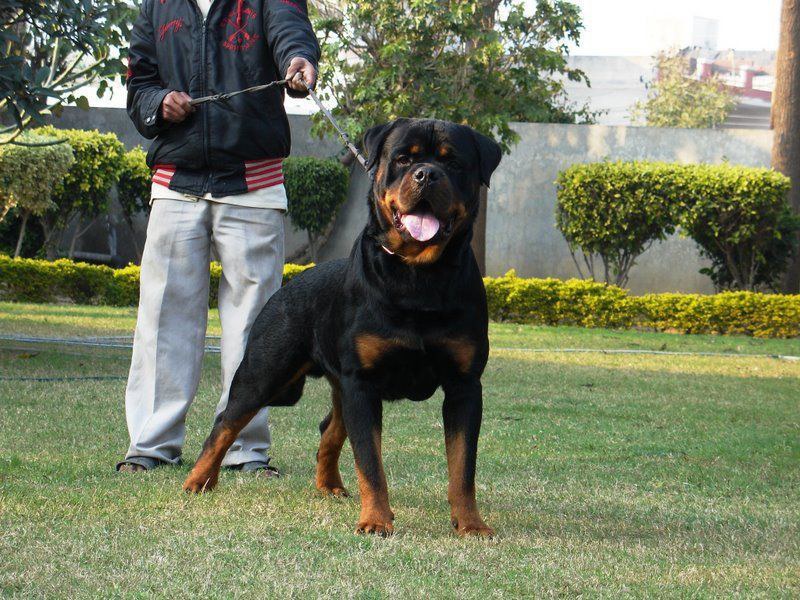 When raised with love and kindness, a Rottweiler will generally be a kind and affectionate dog; however, if they feel that someone or something is threatening their humans, their protective side comes out. A Rottweiler will do anything to keep his family safe. 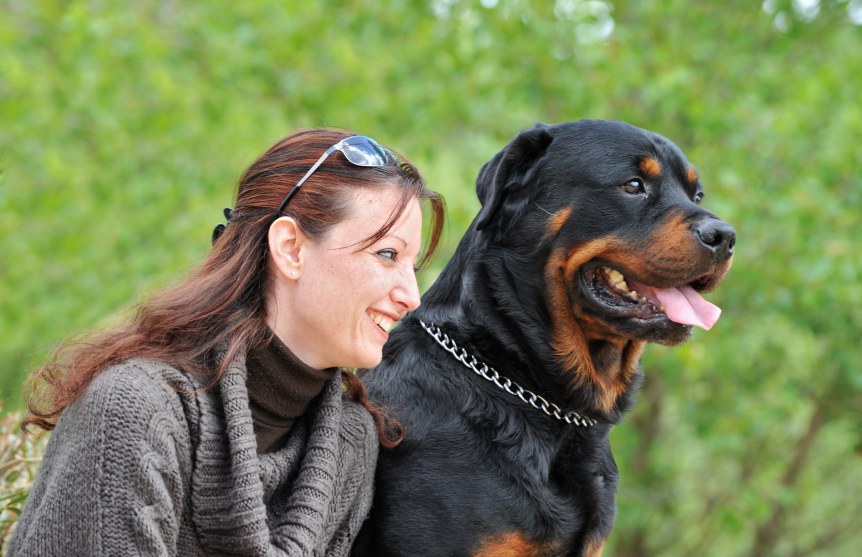 Once you’ve gained a Rottie’s trust, you have their loyalty for life. As long as you stand by their side, they’ll stand by yours. 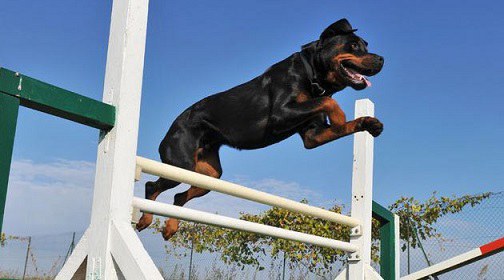 Rottweilers are very intelligent. They are fairly easy to train, especially while they’re young.

8. Their hearts are as big as their bodies. 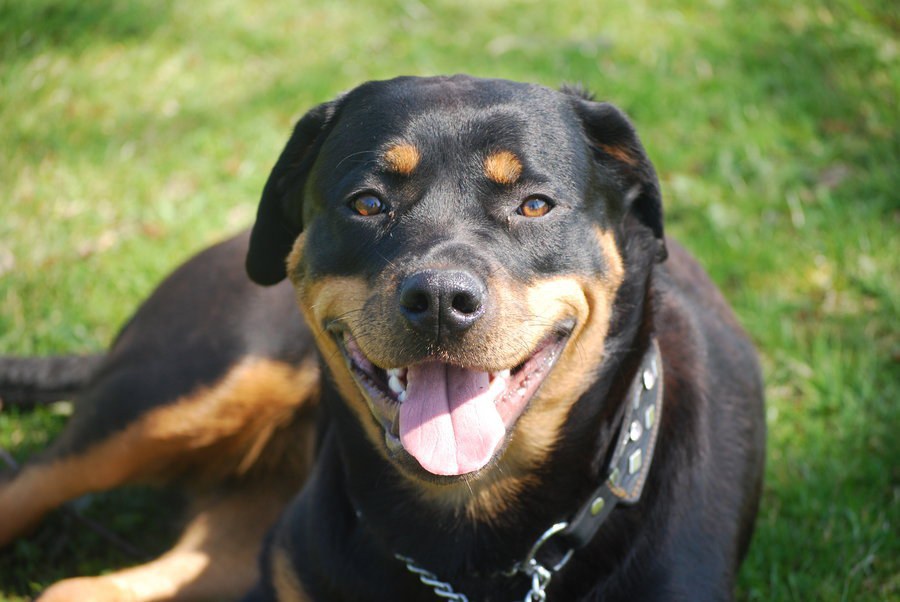 They say that dogs can’t love. I beg to differ. I’ve never met a more loving creature than a Rottweiler that’s been nurtured in a loving home.

9. They love to give doggy kisses. 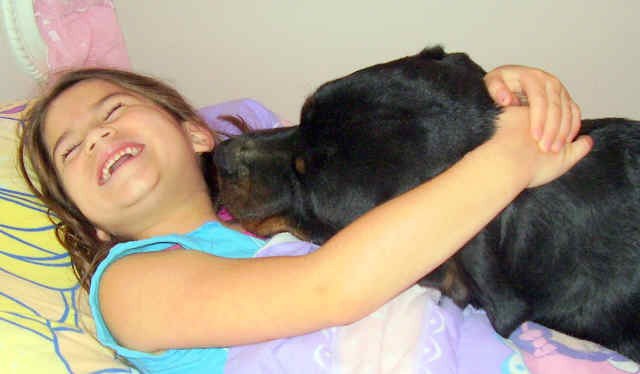 Ever been showered in dog slobber? You will be when you have a Rottweiler. One of the many ways they show their affection is by making sure they lick your face several times every time they see you! 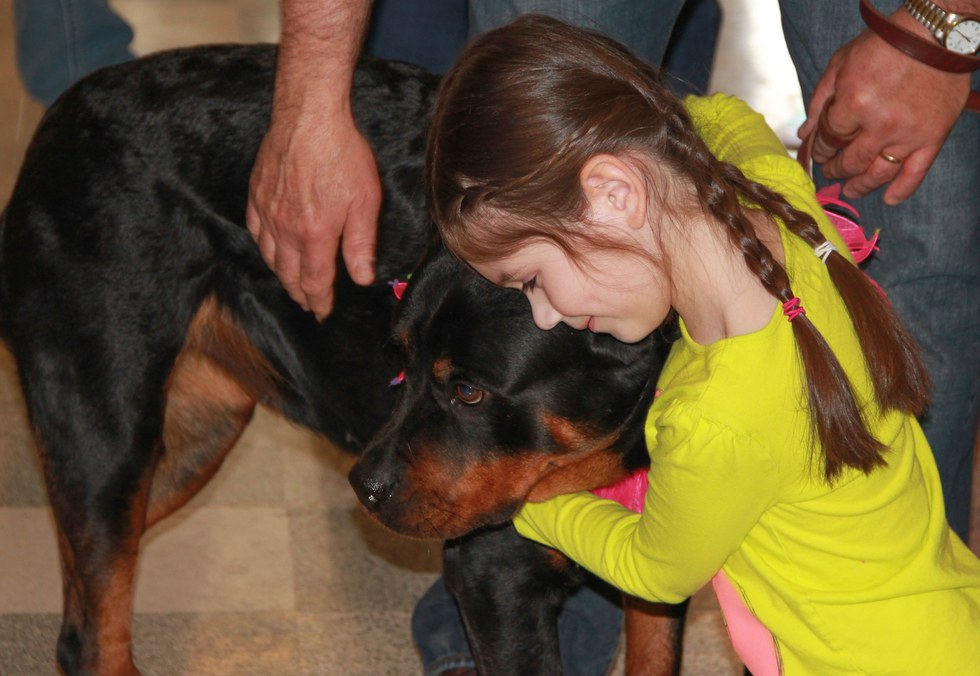 There’s nothing better than a hug from a Rottie. It’s another one of their many signs of affection. 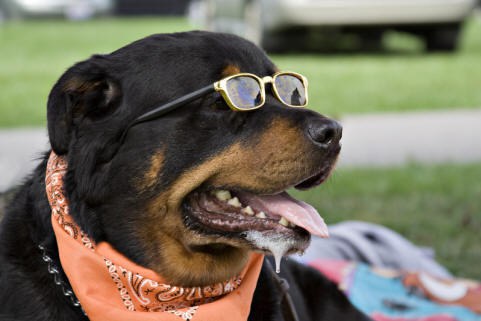 Rottweilers have a silly side. When they’re not busy being snuggly and affectionate, they’re probably giving you something to laugh about. 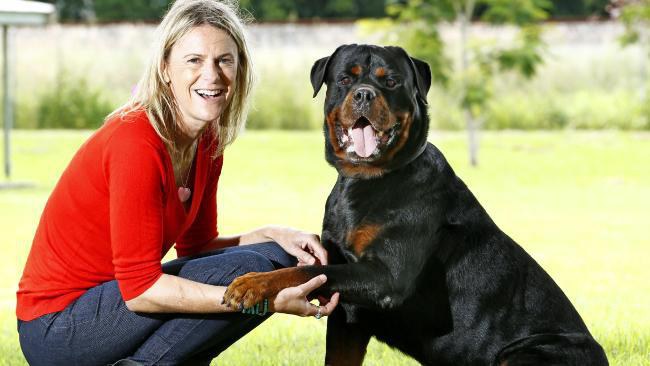 A Rottweiler makes a wonderful companion. Your Rottie will be your greatest pal for all of his life.

Whether you’re looking for a guard dog, playful dog, affectionate dog, or just a best friend, a Rottweiler is the way to go. They will love you with all of their being and be loyal to you throughout their lives. If you have a Rottweiler, you have a real jewel. They really are the greatest dogs.

Respected as guard dogs, Rottweilers also tend to be big softies who adore the family life. A Rottie can be a great family dog, and Rottweilers are the tenth favorite breed in the U.S., behind the dachshund. If your nest is small, though, go for the dachshund.

Rottweilers are powerful dogs. They require plenty of space to play and exercise. While not a high-energy breed, Rotties are not content to lounge around all day. They are best suited to a home with plenty of secure outdoor space and lots of things to do. They require training and plenty of socialization. In smaller spaces, and with too little human guidance and interaction, a bored Rottie can develop behavioral problems. The short Rottweiler coat requires minimal grooming, so Rotties are not a high-maintenance pet.

Rottweilers typically enjoy the company of children and other household pets. They tend to be self-confident and watchful, responding to new stimuli with caution rather than excitement. The American Kennel Club says a Rottweiler’s priority is always his family, and he is not the sort of dog to immediately instigate play or interaction with new dogs. If provoked or made to feel that his family or territory is threatened, a Rottweiler can quickly switch from calm and assured to assertive and dominant.

The American Kennel Club describes the Rottweiler breed as characterized by a “clownish” and loving nature. However, a Rottweiler also is loyal and protective of his family, and does typically display wariness of unfamiliar people, especially around the home. To get a good start bringing up a good family dog of any breed, it is important to choose a puppy from parents who are basically friendly, and to take care in selecting a friendly, outgoing puppy.

Rottweilers find jobs ranging from police dogs to therapy dogs because of their intelligence and willingness to work. As a family dog, these traits translate well and can make for an obedient and adaptable pet. However, because of their wish to please, coupled with their protective natures, Rottweilers can be taught to be aggressive. It is important to correct aggressive behavior in your puppy, so he will grow to be a calm and well-mannered adult. Take your puppy to obedience classes from a young age to teach him basic obedience and to ensure he will be properly socialized to other dogs and people.

The most common Russian names (meanings and origins)

What continent is russia in? Europe or Asia?

5 Safest Places To Travel In Europe 2020

5 Tips To Travel Safely During The Coronavirus Outbreak

The most common Russian names (meanings and origins)